The Links, Incorporated was founded in 1946 by two civic-minded visionaries: Margaret Hawkins and Sarah Scott of Philadelphia, PA.  Founded on the principles of friendship and service, they invited seven of their friends to join them in organizing a new kind of inter-city club.  Over the years, the organization has provided critical support and programming across the cultural, educational, and socioeconomic landscape of the African American community.

Today, the Links, Inc. is one of the nation’s premier volunteer service organizations, with over 271 chapters in 41 states and abroad.  The membership is comprised of leaders and trailblazers in the fields of medicine, law, science & technology, education, business, and entrepreneurship.  The Links, Inc. continues its long-standing commitment to advancing the causes of African American people one chapter, one project, and one community at a time. 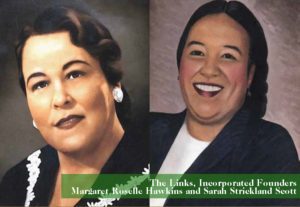 The Jacksonville Chapter of The Links, Incorporated

The Jacksonville Chapter of The Links, Incorporated was chartered in 1966 – we celebrated “50 years of Friendship and Service” in 2016 and continue to make an impact on the local community.  Our chapter consists of leaders, newsmakers, activists, professionals, and volunteers working toward the realization of a better life for citizens of Jacksonville.  The way we work is to develop and execute programs designed to transform lives for the better – ours through giving back, and others through what we give.  For example, we have mentored our GEMS (Girls Empowered and Making Strides) at Edward Waters College and Eugene Butler Middle School in downtown Jacksonville and have witnessed profound changes first-hand.

The GEMS program uses an integrated approach in specific areas of learning and doing.  To this end The Jacksonville Links have encouraged our GEMS to learn about and support families in Haiti who are less fortunate, taught them to embrace healthy living habits including sessions with health professionals and lessons on Zumba dancing, helped them to explore performing and visual arts including an exciting interactive sessions with Stage Aurora Representatives and taught our GEMS to assume a cultural identity with life skills and literary reinforcement.

We also hold a major fundraiser, our Western Gala, which helps us underwrite support for our programming and charities like the Edward Waters College Scholarship Endowment, the Heart Walk and childhood obesity initiatives in local schools.  Sometimes we simply volunteer time and effort at local soup kitchens or Builders Care. 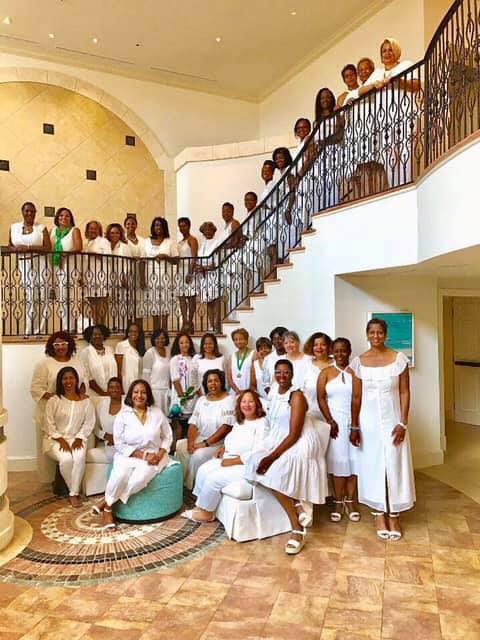 The Foundation provides grants to innovative programs that address problems to be solved, or opportunities to be seized, that are of regional, national or international significance. It has served The Links, Incorporated well as the conduit for grant support for special programs.

The Links Foundation, Incorporated has contributed more than $25 million to charitable causes since its founding. In 2014, The Links Foundation, Incorporated named its fourth $1 million grantee – the Smithsonian National Museum of African American Culture and History in Washington, D.C. Other million-dollar grantees include the United Negro College Fund, the NAACP Legal Defense and Educational Fund, Inc. and the National Civil Rights Museum.

In recent years, The Links Foundation, Incorporated has made donations to such entities as: Habitat for Humanity, for the rebuilding of homes in Haiti; Africare, for the construction of The Links maternal waiting homes and the assemblage of Mama Kits; and, National Cares Mentoring Movement, for the advancement of mentoring opportunities across the nation. Through its 2012 Grants-in-Aid program, $100,000 in grants was awarded to four non-profits – Club Esteem, Melbourne, Fla.; Kansas City Friends of Alvin Ailey, Kansas City, Kan.; Legacy Media Institute, Petersburg, Va.; and the National Dental Association, headquartered in Washington, DC.

Our national organization through its philanthropic arm, The Links Foundation, Incorporated, has contributed millions of dollars to charitable causes since its founding. Link members have contributed more than 2 million documented, hands-on service hours, assisting communities.

Please come back to visit our site from time to time as we work to transform communities.  Thank you.

The Links, Incorporated is an international, non-for-profit corporation, established in 1946. It is one of the nation’s oldest and largest volunteer service organizations.